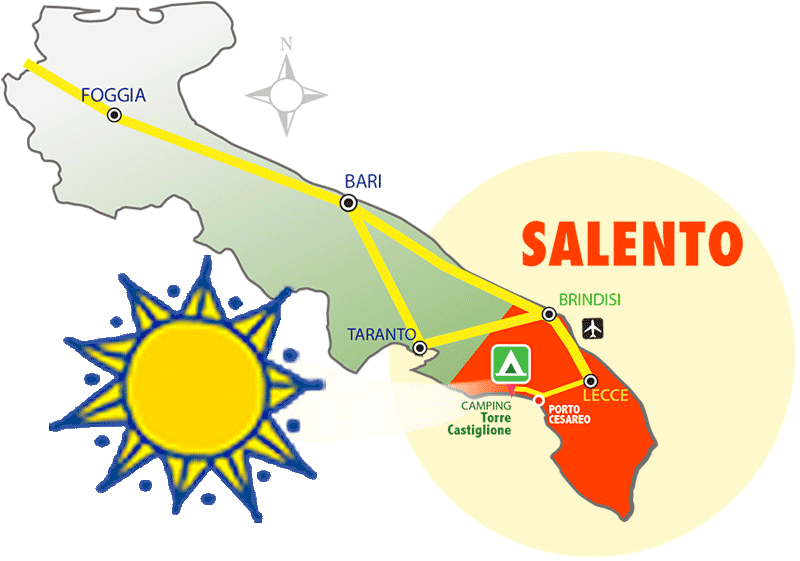 Porto Casareo, located in the northern area of the territory of Lecce, overlooks the Ionian Sea. Its antique origins may be found in “Scalo di Furno” ruins, the Roman columns nearby Torre Chianca; the Thot statue, dedicated to an Egyptian god ; and the Roman amphorae found in the Isola dei Conigli creek."Scalo di Furno"dates back to the Bronze age (18th century b.C.). It was a protohistoric village surrounded by walls made up by irregular rocks whose height was approximately 2.5 meters.
Pliny the Elder (24-79 a.C.) in his "Naturalis Historia", called this village "Sasinae Portus" (Sasina Port). It was founded by a group of fishermen( X - VIII century b.C.), who came from the Island Sesano, in the Valona Bay, and were opposed to the Gallipoli inhabitants, with which they shared fishing areas. During the Roman Empire, the port was an important seaport.

January 1932: near the “Malva” cliff, two fishermen found, in their net, a statue that looked like a monkey. Professor Giulio Farina, who is in chief of the Archaeological Egyptian Museum in Turin, identifies it as Thot, an Egyptian God who protected scribes and was involved also in the veneration of the dead. The statue(VI century b.C) arrived here thanks to a shipwreck. It can now be found in the Archaeological Museum of Taranto.

In 1994 the Apulian government department responsible for monuments and other treasures found five monolithic columns made of cipollino marble (whose lenght was 9 meters and whose diameter was one meter) far from Torre Chianca seashore, where the water was five meters deep.
The cipollino marble was used for Roman architectures in ancient times and it was imported by the East when it was still unrefined.
The place where the columns were found and their position may be due to a shipwreck in the first centuries b.C.. 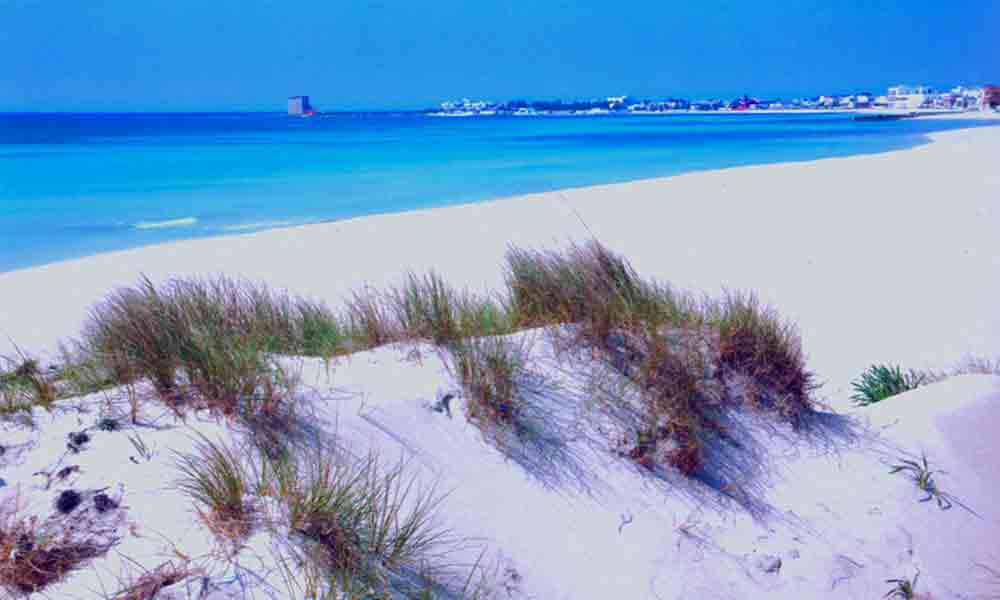 Located not that far from Greece and Anatolia, Salento became a home for all the populations coming from the East: “Grico”, for example, is a language born thanks to these migrations( it is still spoken in Salento).
Salento is the place where the first rural Byzantine communities were born(they were called “corion”, and their watchtowers “pyrgoi”), and the place where the Basilian monks cultivated and spread the famous Mediterranean olive trees.

Pirates and malaria were the main cause of stalemate in Arneo up to the XI century, when thanks to the Normans who invaded Nardò and let Cesarea free to have ship traffic and administrative autonomy.
Frederick II transformed the territory building outposts, watchtowers and fortresses from Gallipoli to Avetrana.
During the 1200 a.C., Porto Cesareo was able to enlarge its ship traffic thanks to the support of the Capetian House of Anjou. At the end of the XIV century, Salento became part of the Kingdom of Naples; then it was ruled by the Crown of Aragon and the Capetian dynasty: during this period it was subjected to a heavy taxation that affected the fishing.

The church built at the end of 1800, dedicated to the ”Beata Vergine del Perpetuo Soccorso”(The holy virgin Mary), caused a stir, because there was already a church for the patron saint Cesarea built in 1600.
To underline the importance of their patron, all the inhabitants of Porto Cesareo take part to the religious feast in her honor.

The whole city celebrates Saint Cesarea with a procession that it is worth seeing because it includes a parade of fishing boats festooned with lights and flowers, while the town is full of illumination, merry-go-rounds, and stands where you can taste regional delicacy or buy fancy goods; not to mention the magnificent fireworks at midnight.
The procession takes place in August( penultimate Saturday); while on the following Saturday( in the early afternoon) you can enjoy one of the funniest event of the feast: the greasy pole. The pole is on a fishing boat, so those who are not able to grab the flag on top of it, will fall into the water.

The Religious feast takes three days( the first Friday, Saturday and Sunday in July), while the procession takes place on Friday in the afternoon.

This country festival takes place the first week of July. It is the perfect opportunity to taste some of our typical products and the fishing. During the festival there is also a competition won by the boat with the best fish.

On 10 and 11 August you can enjoy the local fair and the handicraft exhibition.

Every Thursday, the market is the place where you can really see how lively the people from Salento are and where you can buy clothes, shoes, household products and regional delicacy. 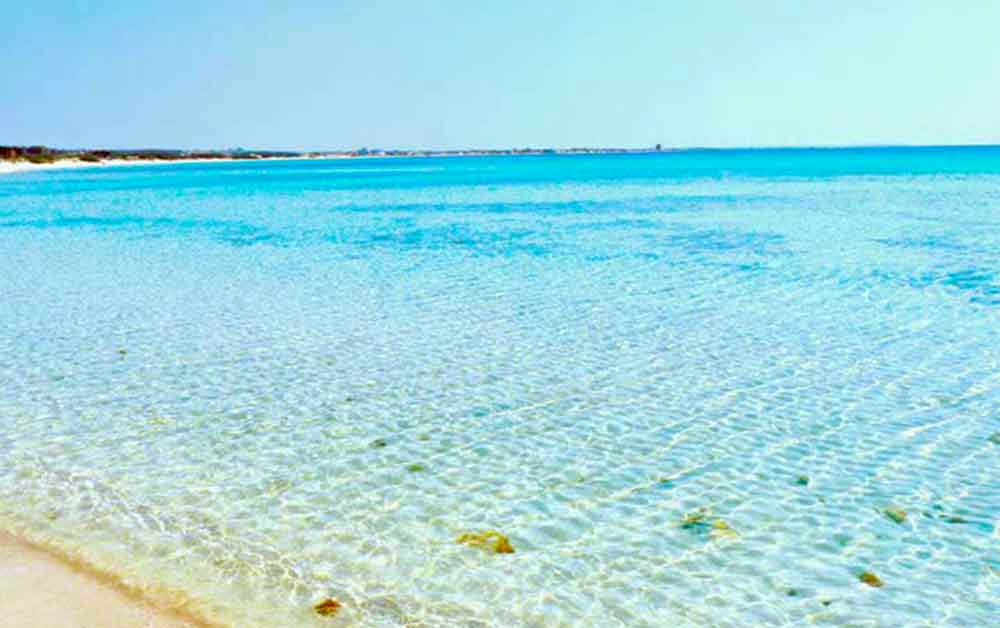 Nowadays Porto Cesario is a tourist attraction, whose fish market provides food for the whole province. The crystal clear water, the sandy beaches and the shallow sea-floor let us build the perfect resorts for your holiday.